The United States and human rights have never had a smooth relationship. Due to its leadership in the League of Nations, a proposal for racial equality was rejected. When Eleanor Roosevelt was one of the driving reasons behind the 1948 Universal Declaration of Human Rights, a U-turn occurred thirty years later [1, 2].

None of the “treaties that would allow citizens to submit individual complaints to the United Nations human rights treaty bodies” have been ratified or approved by the United States. The US Constitution does not automatically guarantee everyone who is born or naturalized in the nation full citizenship [3-6].

The absence of national human rights legislation or an enforcement system prevents a country’s community from being guaranteed access to the entire spectrum of human rights commonly recognized in international law. Human rights are ensured by the Bill of Rights, which is made up of the first 10 amendments to the Constitution [7, 8].

Americans with the lowest incomes are disproportionately underrepresented among those in positions of influence and authority. Indigenous, Black, Hispanic, and Latinx minorities have much higher hospitalization rates than do White people. Minorities make up just 15% of state supreme court judges nationwide, although making up around 40% of the population [9-12].

On social media, the frequency of hate speech has sharply grown, contaminating people’s minds and undermining societal cohesiveness nationwide. The Biden administration has promised to advance human rights and has resumed relations with the international community. The ability of a country to project credibility overseas is directly impacted by the respect for human rights at home [13, 14].

In order to better uphold obligations made under international human rights law, the Special Rapporteur has advocated for a reform of the nation’s patchwork and constrained civil rights legislation. Concerns about the lack of a national institution for the promotion and protection of human rights have also been expressed by civil society organizations [15, 16].

The United States need a thorough infrastructure for human rights, an outlook for the future, and legislation that calls for the creation of a national human rights authority. The Working Group of Experts on People of African Descent should be invited by the United States, according to the Special Rapporteur on new forms of racism, racial discrimination, xenophobia, and related intolerance [17, 18].

[2] C. Fink, Defending the rights of others: the great powers, the Jews, and international minority protection, 1878-1938. Cambridge University Press, 2006.

[3] D. Weissbrodt and I. Hortreiter, “The Principle of Non-Refoulement: Article 3 of the Convention against Torture and other Cruel, Inhuman or Degrading Treatment or Punishment in Comparison with the Non-Refoulement provisions of other international human rights treaties,” Buff. Hum. Rts. L. Rev., vol. 5, p. 1, 1999.

[4] M. Lippman, “The Development and Drafting of the United Nations Convention against Torture and Other Cruel, Inhuman or Degrading Treatment or Punnishment,” BC Int’l & Comp. L. Rev., vol. 17, p. 275, 1994.

[14] M. Bloom and S. Moskalenko, Pastels and pedophiles: Inside the mind of QAnon. Stanford University Press, 2021.

Racism Is a Public Health Crisis, Say Cities and Counties 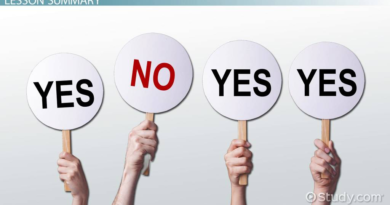