WASHINGTON, D.C. Black Americans’ self-reports of being treated unfairly in a variety of situations are generally steady or higher rather than declining. This includes a new high of 35% who say they personally were treated unfairly while shopping during the past 30 days, up from 24% last year. In five other situations, reports of recent unfair treatment are similar to a year ago and range from 17% to 21%.

In general, Black Americans are no less likely to report being treated unfairly in any of the five situations now than they were when Gallup first asked the items in 1997. The healthcare item was first asked in 2004.

For the other items, the high points were registered in 2002, 2004, and 2007 surveys. The current figures are statistically on par with these, except for the 17% of Black respondents currently reporting unfair treatment at work. This is significantly lower than the prior high of 23% reported in 2002 and 2007. It is possible the increase in remote work brought about by the COVID-19 pandemic has been a factor in the lower percentages perceiving unfair treatment in 2020 and 2021 compared with 2018 and most prior years. While none of the individual items comes close to the majority level, the majority of Black Americans, 54%, say they have been treated unfairly in at least one of the five situations. Forty-five percent have not experienced unfair treatment in any of the situations in the past 30 days.

In past years in which the same set of five items has been asked, the percentage of Black Americans reporting unfair treatment in at least one of the situations has been close to 50% — above it in some years but below it in others.

Hispanic Americans Less Likely to Say They Have Been Treated Unfairly

Hispanic Americans are less likely than Black Americans to report unfair treatment in the same situations, especially while shopping at stores (16%) or in dealings with police (11%). Hispanic Americans are most likely to say they have been treated unfairly at a restaurant in the past 30 days, with 19% saying this has happened to them, on par with the 21% of Black Americans who were treated unfairly at a restaurant.

Can you think of any occasion in the last 30 days when you felt you were treated unfairly in the following places because you were Black/Hispanic?

Gallup has asked Hispanic Americans about unfair treatment twice previously, in 2013 and 2015 surveys. The responses in prior years were generally similar to the current data, with the exception of fewer Hispanic Americans in 2015 saying they were treated unfairly in a store while shopping (7%); in a restaurant, bar, theater, or another entertainment place (9%); and while getting healthcare (9%).

These results come at a time when there is greater awareness and sensitivity to racial inequities in U.S. society. One sign of real progress in the treatment of Black people would be to see the percentage who report unfair treatment go down over time. But since Gallup began tracking these in 1997, the figures have held steady or increased.

To stay up to date with the latest Gallup News insights and updates, follow us on Twitter.

Learn more about how the Gallup Poll Social Series works.

Sixty-four percent of Americans say racism against Black people is widespread in the U.S., a new high in Gallup’s trend. The majority of U.S…

U.S. adults’ positive ratings of relations between Black and White Americans are at their lowest point in more than two decades of measurement.

Americans continue to be more focused on race-related concerns a year after George Floyd’s death on May 25, 2020, than they were before it.

The Gallup Center on Black Voices will report findings on the state of race relations in the U.S. 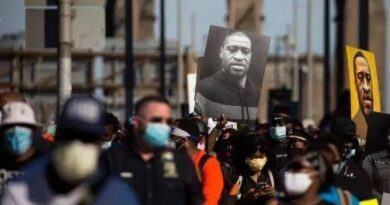 US Criminal Justice Administration and Justice Access for minority