The prevalence of deadly police violence is a serious public health issue in the USA. There is mounting evidence that people of specific races and ethnicities suffer the consequences of police deaths more severely than other groups. This study examines the existence and frequency of underreporting of police violence in the crucial registration data gathered by the US government. Black indigenous people in the USA bear a disproportionate share of the cost of deaths from police violence. Native Americans, African Americans, and Hispanics are disproportionately targeted by force because of racism. Estimates at the state level allow for focused action to reduce police brutality and improve reporting [1-3].

There are several incorrect categorizations of police shootings in the NVSS data. The NVSS did not report 17 100 of the 30 800 deaths that we projected would occur between 1980 and 2018. The number of black non-Hispanic fatalities was significantly underreported. According to estimates, between 1980 and 2019, the age-standardized mortality rate from police violence for non-Hispanic black individuals was 0.69 (95 % confidence interval: 0.67-0.71) per 100,000 people [4-7].

According to estimates, the age-standardised mortality rate of police violence decreased between 1980 and 2019 by 32.0 percent (95% UI: 15.3 to 46.5) and 16.9% (1.7 to 31.4), respectively. However, there were consistently significant racial disparities in police violence during the whole period from 1980 to 2019. While the District of Columbia has the lowest rate, Oklahoma has one of the worst rates of violent crime against non-Hispanic Black Americans in the country [4, 8-10].

According to the National Violent Crime Survey, 55% of our estimated deaths from police violence between 1980 and 2018 were incorrectly identified and underreported. Legal action usually causes the death certification system to underreport deaths. Systemic racism is mostly to blame for the disproportionate amount of police violence against Black Americans [11, 12].

Out of 1147 fatalities in 2017, 13 events led to charges being brought against officers, according to Mapping Police Violence. This research does not calculate or examine the non-fatal injuries that police officers inflict. Open-source data collection is necessary to completely comprehend the extent of police violence  [13-15].

In summery Black indigenous people in the USA bear a disproportionate share of the cost of deaths from police violence. According to estimates, between 1980 and 2019, the age-standardized police violence fatality rate for non-Hispanic black people was 0.69 (95%) per 100,000 individuals. 13 occurrences out of 1147 fatalities in 2017 gave rise to charges against officers, according to Mapping Police Violence.

[15] A. Balbus, “When a Loved One is Killed by Law Enforcement: The Psychological Experience of Bereaved Children and Caregivers,” The Wright Institute, 2019.

Race and ethnicity in the United States 

Education in the US is still segregated and unequal 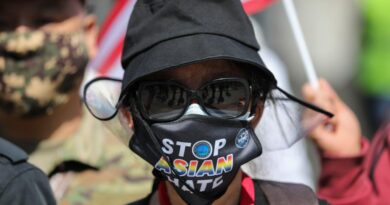