The Special Rapporteur was informed that hate crimes are still a significant issue in the US. Due to the FBI’s classification of hate crimes as a major national threat, funding for prevention and investigation has grown. Violence and threats motivated by race, ethnicity, or other traits are prohibited as hate crimes [1-3].

Though there is no universal definition of a hate crime, state-by-state variations are significant. Hate speech shall be punished by the death sentence or life in prison, according to International Covenant on Civil and Political Rights Article 20(2) [4, 5].

According to under reported FBI data, hate crimes in 2020 hit their greatest level in more than a decade. Most hate crimes that were recorded were brought on by prejudice against a person’s race, ethnicity, or religion. The minority who are most frequently the targets of hate crimes and hate speech are Muslims and Jews. The minority group most damaged by these attacks is African Americans [6-8].

The Biden administration is conscious of the under reporting of hate crimes. The Department of Justice has expanded language accessibility on its website civil rights.gov through translations and attempts to provide culturally competent content. It is commonly forgotten that hate speech on social media regularly targets minorities. Another reason to be concerned is the severity of racist and misogynistic hate speech, which makes minority women more vulnerable to some of the most extreme and violent forms of hate speech [9-11].

The algorithms on certain social media platforms delve into rabbit holes that support prejudice, discrimination, and incorrect information. Anti-Semitic, anti-Asian speech, Islamophobia, and derogatory remarks directed against Hispanic, Arab, and other minority communities are all on the rise across the country. One minority group spokesperson said that some of these platforms’ business structures promote hate speech, undercut democracy, and tear apart countries [12, 13].

The government must adopt regulations against hatred and criminal activity on social media in line with other European nations. To safeguard the right to freedom of expression and counteract the negative impacts of such communication, it must make the removal of hate speech and criminal posts easier and more visible. It must impose extra obligations and liabilities, if required, for the real hurt, violence, and abuse brought on by hate speech [14-16].

Totally, It was disclosed to the Special Rapporteur that hate crimes are still a serious problem in the US. Article 20 of the International Covenant on Civil and Political Rights states that hate speech is punishable by death or life in prison (2). In order to be competitive with other European nations, the government must enact laws that prohibit hate speech and criminal activities on social media.

[5] S. Walker, Hate speech: The history of an American controversy. U of Nebraska Press, 1994.

Elimination of Racial Discrimination in US.  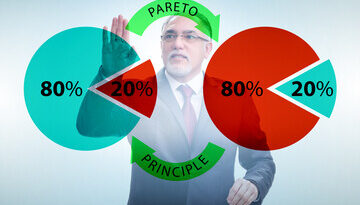